We have Lisa Papineau to thank for one of the magical songs from the film Pina, you can hear it in this post. But she's done more of course! 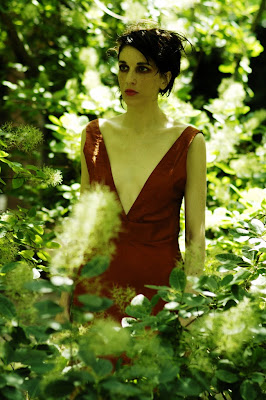 {source}
Both her voice and her music are very peculiar, but in a (at least I think so) good way! She doesn't seem to feel any pressure as to how her music should sound. She pretty much created her own genre, because I wouldn't have a clue where else she'd fit. Even her videos are unlike anything I had ever seen before.
She's also part of a group called Big Sir, which seems to be a tad bit louder and more electronical than the things she does by herself, but it's still very Papineau-y.
Hope you liked it!
Geplaatst door Blue Eyed Night Owl op 2:16 PM

Email ThisBlogThis!Share to TwitterShare to FacebookShare to Pinterest
Labels: bizarre and beautiful, music