This post is dedicated to my vacation to France. I'm leaving tomorrow and won't have internet access for 2 weeks. I left my Etsy shop open with the announcement that I can't send orders before the 1st of August. Needless to say I won't be blogging either. I know I haven't been blogging much, which also had to do with needing the time to pack, sign up for art school and all sorts of stuff that I had to take care of before going away.
However before I leave I wanted to give you (and me) a preview of my vacation. 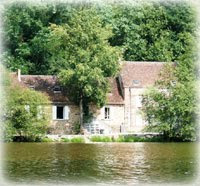 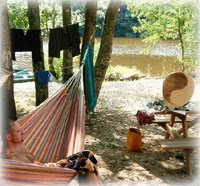 Above are two pictures of the place I'll be staying. They'll be teaching yoga and giving all sorts of creative workshops. I'll be found making mosaics, sculptures, jewelry and make painting a little too.
Even though it's not the same place as the last few years, it's in the neighborhood, which allows me to visit my favorite city and do some shopping. Among others at the amazing store that sells LaMarelle merchandise. You can imagine what most of my money was spent on last time. But I believe they've added jewelry, so we'll see what happens now... 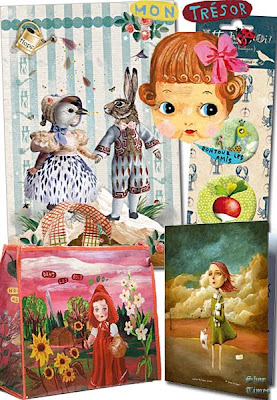 We'll even be staying in a hotel for one night, so there'll be plenty of time for Macarons:) 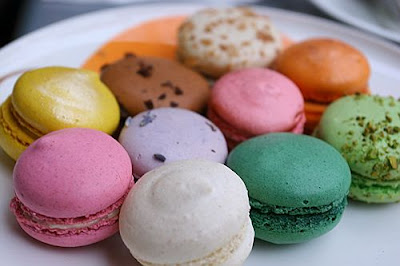 To top things off, there's a village full of artists nearby! 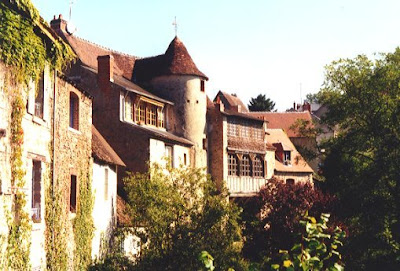 Which brings me to the dilemma whether or not I should take my SLR camera. It's a hassle, it's big, it's heavy and requires me to always keep an eye on it. But it takes much better pictures than my old camera with massive battery issues.
Either way I'll be back with some pictures at least.
Enjoy your summer too, and take care!

P.S. There will probably be another giveaway when I get back.
Geplaatst door Blue Eyed Night Owl op 2:10 AM 2 reacties

Lovely Movies
Somehow the title "An Unfinished Life" never appealed to me that much, but after seeing the trailer I just had to go see it. The cast is amazing: Robert Redford, Morgan Freeman and Jennifer Lopez. I happen to love Jennifer Lopez as an actress and usually watch her movies when I know they're on tv. 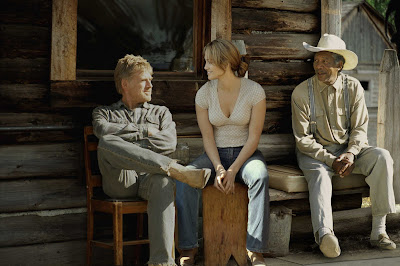 She and her daughter run away from her abusive boyfriend (sounds like a lot like her movie "Enough" right?) to go live with her late husbands father. He blaims her for his son's death, while he is actually responsible for the bear attack on his best friend.
I know this sounds like a lot of drama for one movie, but it isn't really that depressing.
But what would you expect from director Lasse Hallström(What's eating Gilbert Grape, the Cider House Rules)? I mean he's famous for his, I guess you could call them, amazing feelgood dramas. And always with strong (makeshift) families. This one definitely did live up to the expectation I had. Wish I'd seen it sooner actually.
Geplaatst door Blue Eyed Night Owl op 7:19 AM 0 reacties

Etsy Sale Tip
You know Chouettes is my favorite Etsy shop, right? Well, when I found about the huge sale this weekend, I just had to share it with you. All red, white and blue items are 20% off, but be quick because it only lasts until tomorrow. 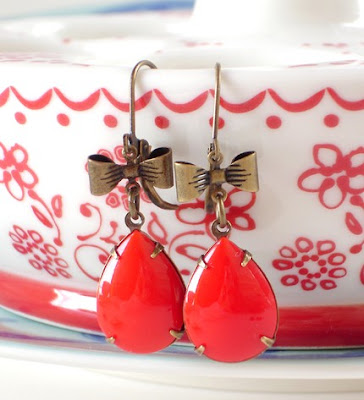 The sale still includes 75 items from her huge store. There are rhinestone, floral or vintage earrings, rings and necklaces that are just too cute to pass up. 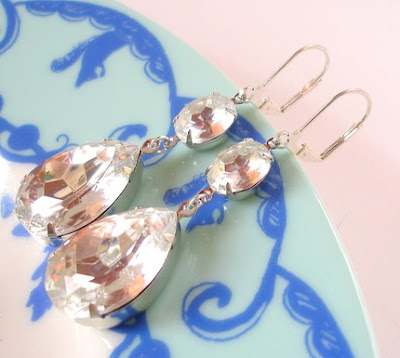 The packaging is always as lovely as the jewelry itself, I always get very excited when I receive it in the mail. 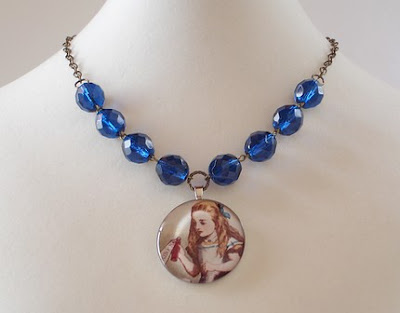 Even the mixed colored ones are on sale, for example the floral rings or these earrings below. 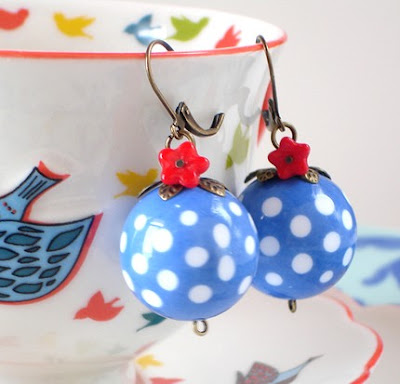 I am the proud owner of quite a collection from Chouettes and I just love how they make any outfit look so much better.
Prepare to get addicted!
Geplaatst door Blue Eyed Night Owl op 5:31 AM 1 reacties

It is time to announce the winner of the cupcake giveaway!
First off, of course, I'd like to thank everyone who entered.
And now onto the winner... 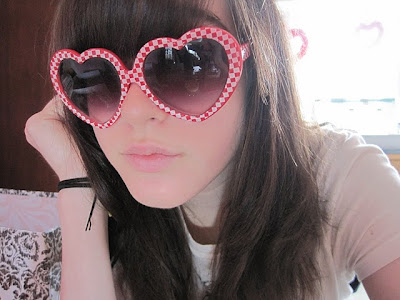 The queen of cupcakes, Cassidy! 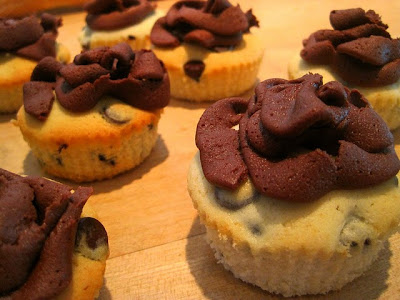 If this isn't fate?! 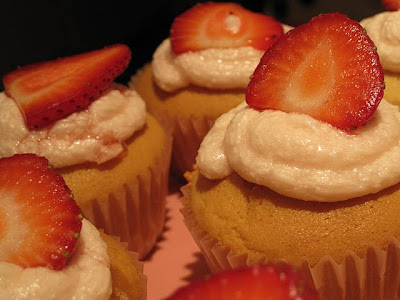 I mean just look at all these amazing cupcakes and cookies she has made! 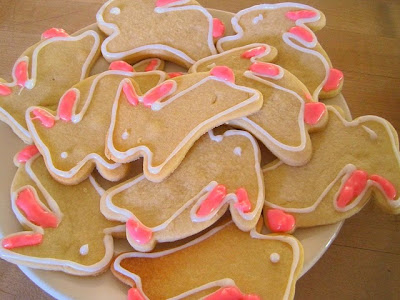 Makes you feel like eating some right now, doesn't it? 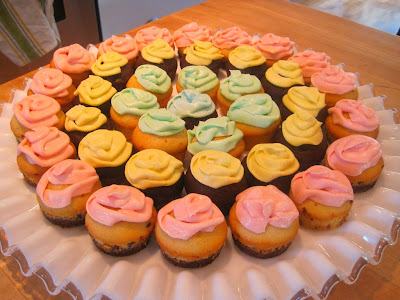 Congrats to the winner and to everyone else I'd like to wish you better luck next time and thanks again.
Have a nice day!
Geplaatst door Blue Eyed Night Owl op 2:29 PM 2 reacties