Pretty Paintings
The very first time I wrote about art was about Benjamin Lacombe, you can see it here(and you should because that painting is gorgeous!). It was only my second post and I doubt that anyone has seen it. But I love his art so much that I thought it deserved another spot on the blog.

I can't believe he is only 27, his art seems just too gorgeous for someone his age. Of course that's a great thing, it means he will be making lots of more even prettier paintings. 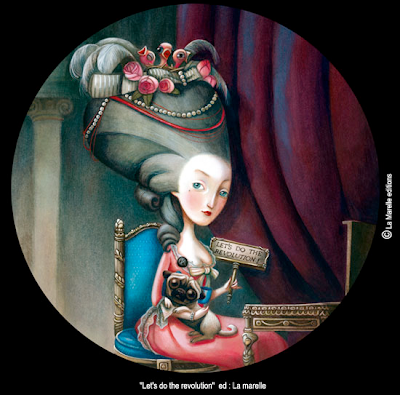 When I first saw the Marie Antoinette painting I had just made one myself, totally different of course, but still. I absolutely fell in love with his painting, the colors, the birds in her hair and the weird expression on the dog's face.

Hopefully this time I was able to make some people enthusiastic about Benjamin Lacombe as well.
That's all for today, but I'm happy to announce there will be another giveaway tomorrow. Something from a different store and open to US and Canadian residents only, sorry.
Geplaatst door Blue Eyed Night Owl op 2:16 PM 2 reacties

Marvelous Music
I've been a fan of Corinne Bailey Rae from the beginning. When she came to Amsterdam for a concert I was there. Now after taking a break from music since her husband's death, she's back with a new look and a new cd that's of course on my birthday wishlist.

Her music is so amazing, it's cute and dreamy, although I have seen her performing a Jimi Hendrix song as well so she might be a little more badass than she seems at first. She's done quite a few covers and they're always great. "I'm Losing You" (originally by John Lennon) is amazing, you should definiteyly check it out, it has been released on the tribute cd "Instant Karma".
Her new cd, or at least the song I heard, is a bit different from her debut, more artsy and lounge. But I haven't heard all the songs yet, so there might still be a bit of the old Corinne in there. I'd love to find out.
P.S. I reached a hundred hearts on Etsy today!
Geplaatst door Blue Eyed Night Owl op 1:09 PM 0 reacties

I'd love to...
>get a vintage dress and don't be afraid to spoil it by wearing it
>bake blueberry muffins
>take up sewing on a sewing machine again

Lovely Movies
Exactly three weeks till my birthday so time for another movie that's on my wishlist. It's one of those movies I had to see, but was again very afraid of the realistic chance that I might miss it. I didn't. And it was great!

What I probably love most about Away We Go is the people in it, i'm not sure if it's the actors or the characters though. They are so different from other couples in movies and that's exactly what makes them so normal. I think the leading actress is gorgeous (and her character has the most awesome job ever), the title track is so good and let's not forget Maggie Gyllenhaal who's great as always of course.
Personally I think the trailer shows a little bit too much of the story but here it is anyway.
Even though it's a pretty recent movie, I can't wait to see it again and I really hope I will soon. Did you see it? And do you love it as much as I do?
Geplaatst door Blue Eyed Night Owl op 2:28 PM 3 reacties

Nikon Time
If you asked me this morning what my plans were for today, I would've said it'd be just an ordinary day, nothing special. However that all changed after cutting a melon the wrong way. 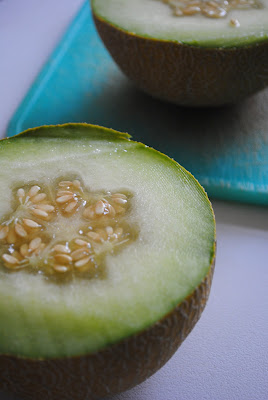 I thought it looked way more interesting than it usually does, I didn't expect it to have such a flowery or cloverlike shape. So I took a picture.
After that I finished making my unusual breakfast and took some more pictures including of the kitchen. 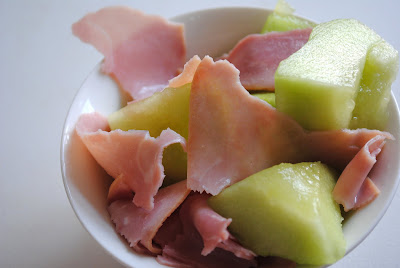 That's when I decided to head into the center of the city to take pictures. One of the first things I did, however, was buy a really big pear chocolate muffin at this store. 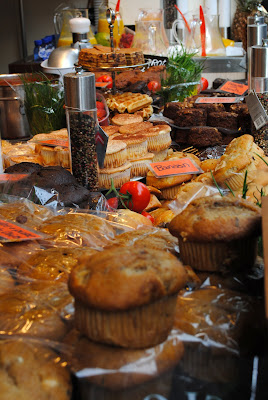 This wasn't supposed to be a shopping trip, but while taking a picture of a beautiful facade, I noticed a final sale sign in Daryl van Wouw's shop. He is a designer and very well known in the Netherlands, he's also one of the judges on Project Catwalk here.
Anyway he had this collection a while back with really pretty japanese fabrics and prints. I saw a few items hanging there that I recognised from that collection. Turned out the legging was suddenly affordable! About 30% of the actual price.

Needless to say I bought it, and another plain pair that's really bright teal because a pair of good quality tight-like leggings seemes like a great idea.
Below is a picture of the japanese print, it has Maneki Neko's all over it. 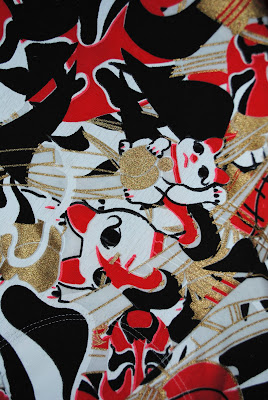 After I paid for the two items the girl behind the counter, who actually had to step in front of the counter in order to complete the transaction (I know they have a really weird system), said I could pick a few magnets from under the counter. So here they are. 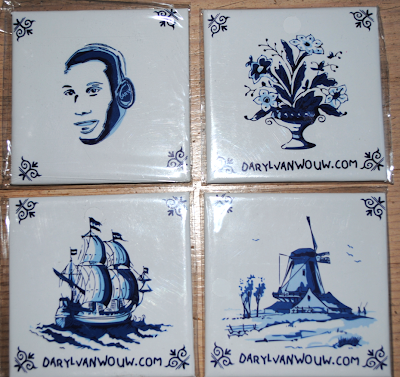 I came across another store I knew. I didn't go inside today, but did notice these cute deer in the window. 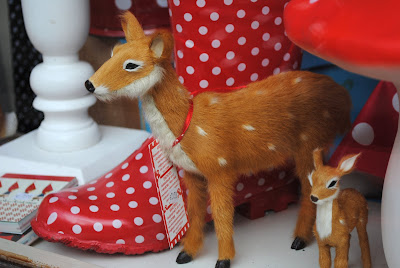 Ok, now onto the actual pictures of the city. This is something I wanted to show you for a while, but only had my camera with me today. Aren't these owls gorgeous?! 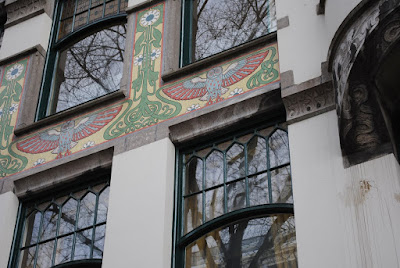 When I saw this wall I knew it'd make a pretty picture. I love the color. 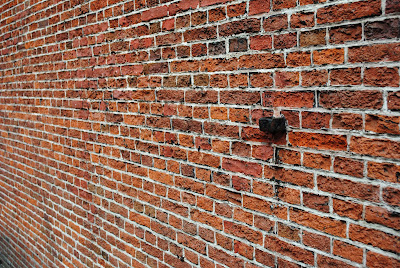 This last picture doesn't really have a clear subject, but I liked the vibe, so that's why I put it here too. 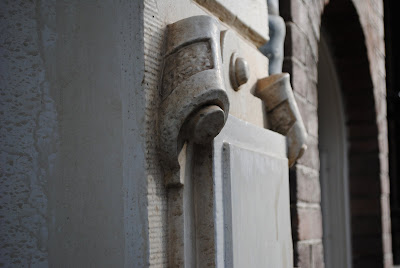 Well that was it, the longest post so far. Or at least the most pictures. I had so much fun with the camera today, even though I still didn't read the manual. Amsterdam is so beautiful and has so many hidden treasures you can easily overlook, but that makes it even more fun when you do find them.
Even though I spent the day all by myself I had such a great time. This is definitely something I will do again. But then maybe a shorter post :P
I hope you had a great day too!
Geplaatst door Blue Eyed Night Owl op 11:47 AM 5 reacties

Owl Things Considered
Making a Treasury on Etsy was something I've been wanting to do for a while. And today I did! It probably comes as no surprise that it's full of owls.
Take a look here if you want to see it bigger, because the picture below turned out quite small. 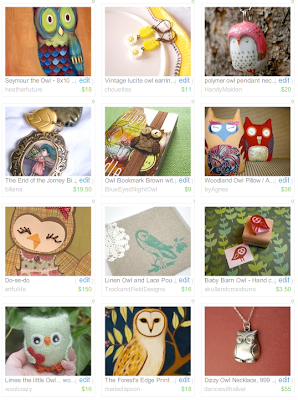 It includes some really cute and beautiful owls, some cheap, some more expensive and a few from my favorite shops such as Chouettes and Biliana. I also put in one of my own bookmarks.
I'm so excited and what I might love most about making a Treasury is seeing people click on the items, I can't believe you can see that happen. And even though I just finished it, I already saw a few comments.
Geplaatst door Blue Eyed Night Owl op 11:01 AM 4 reacties

Shopping Spree
It was really nice weather so my mom and I decided to go shopping together in Chinatown. We ended up browsing a few other stores as well and came back with quite a few lovely items. 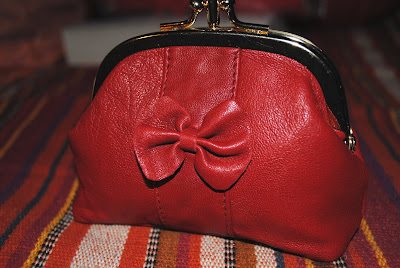 When I saw these very cute and very cheap coin purses I just had to have one. They had different shades of red and all real leather, I hope that doesn't upset anyone. At least it's very small...
It has two compartments which I love. 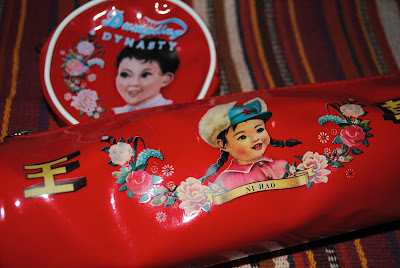 One of my favorite stores had the Dumpling Dynasty pencases and coin purses (above) for half price. Those items were always high on my wishlist, but too expensive to buy, so I was very lucky today.
They also had the cutest stickers including one owl, so I took those too: 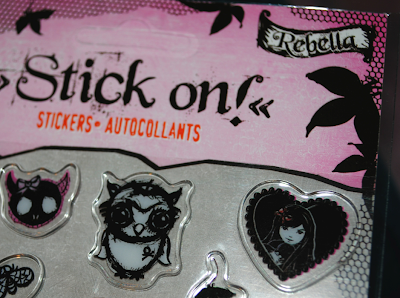 Finally on to an item I actually bought in Chinatown, these chenille owls. They are so cute! I bought have a dozen of them to send with special customers' orders. 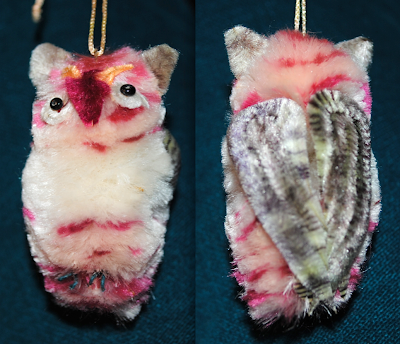 So it was a great day and I had the most delicious ice cream I've ever had, maybe except for the ones I tasted in Rome, but it was really good. I believe it was called nuts & glory and it had these chocolate cookies in it, it was to die for. If any of you ever visit Amsterdam, let's get some icecream together ok?
Geplaatst door Blue Eyed Night Owl op 11:10 AM 7 reacties

I'd love to...
>go see Alice in Wonderland
>learn to cut silhouettes
>get a new bikini, even though I don't go swimming that often

I have added all the entries from your comments. It was a bit all over the place but I sorted it all out and came to the amount of 64 entries. Thank you all for joining in, sending in the cute paintings and tweeting. Now onto the moment you've been waiting for. 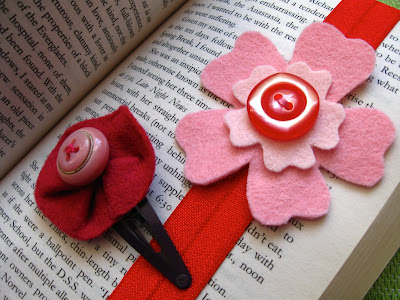 The winner of the blossom bookmark, hairclip and tiny but cute surprise is... 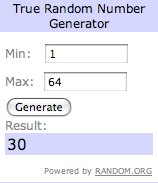 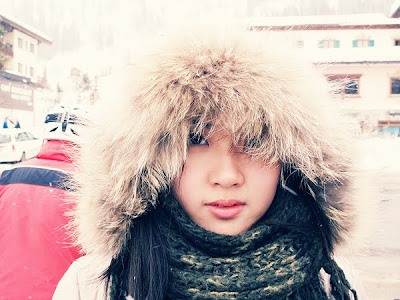 From the lovely blog Ellevictoire.
Congratulations!
And to the rest of you, thanks again for joining. And I'm proud to announce I am planning another giveaway already, I won't spoil anything yet, but I can say that it's not something from my own store.
Geplaatst door Blue Eyed Night Owl op 1:19 PM 2 reacties

This is your last chance to enter the giveaway since I'll be picking a random winner tomorrow.
I've had so much fun looking at the owl paintings (and other images) you sent in and I thought I'd post them up here for you, and me, to admire all together.
Good luck on the giveaway! 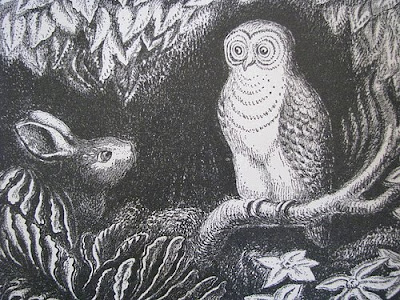 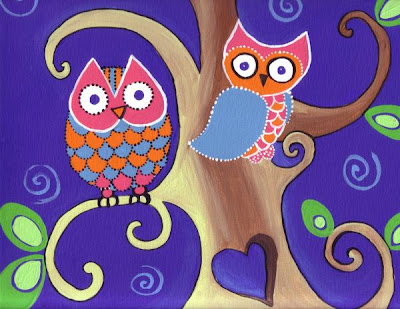 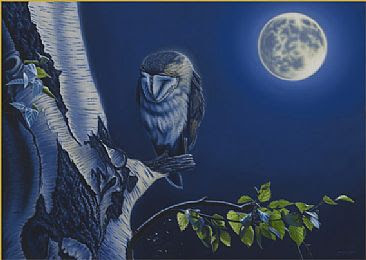 REMEMBER TO ENTER THE GIVEAWAY

Owl Things Considered
I'm very proud and excited to announce that I've had an interview, you can read it here. This is all thanks to LittlePinkKangaroo on Etsy. She has put it on her blog where she features Etsy sellers.
She has an Etsy shop herself, well two actually. In the first one, LittlePinkKangaroo, she sells cute handmade cards. Including one with an owl, which is the only owl you'll get this Tuesday. 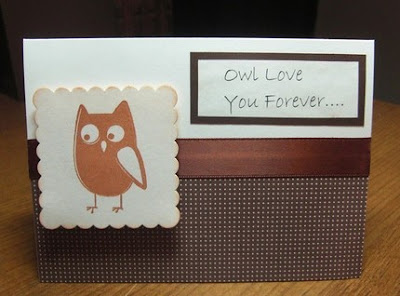 She has many cute and colorful cards often without text so you can use them for most occasions. 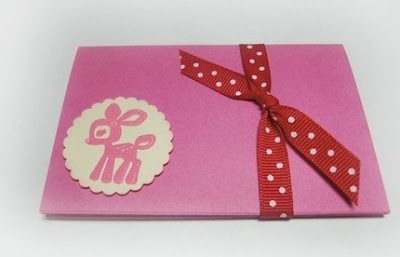 Her other shop, Leahkena, has Jewelry in it. All sorts of necklaces and earrings, including some Kawaii items. 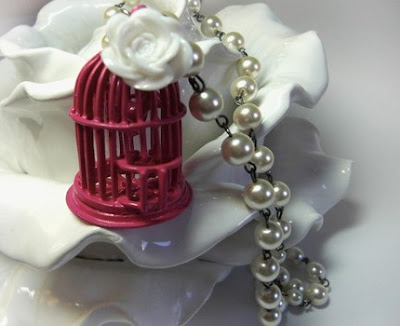 Be sure to check out her blog too, which now has the interview on it. 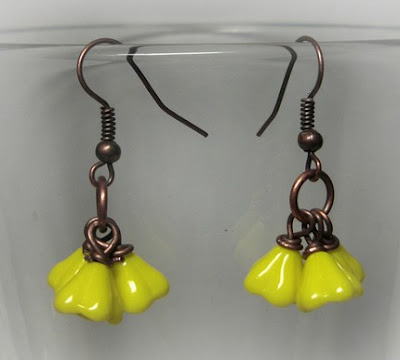 I'd also like to welcome all the new followers, it means the world to me. Thank you!
On a final note I bought some cute items in an antique/thrift store in my neighborhood, including some vintage postcards and an old photograph. I will probably post them up here soon.
Geplaatst door Blue Eyed Night Owl op 11:33 AM 1 reacties