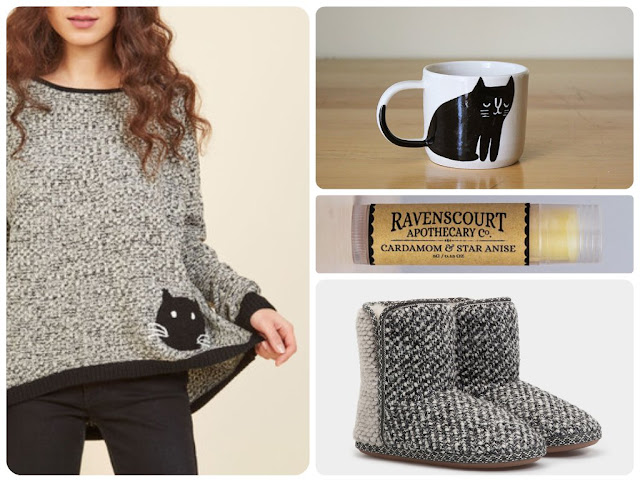 Though I've started hibernating and bundling up in blankets and shawls, I have yet to get into the cozy activities of winter. But I hope I'll get to reading, knitting and blogging more again now that the post-holiday days are here.


How were your holidays by the way? 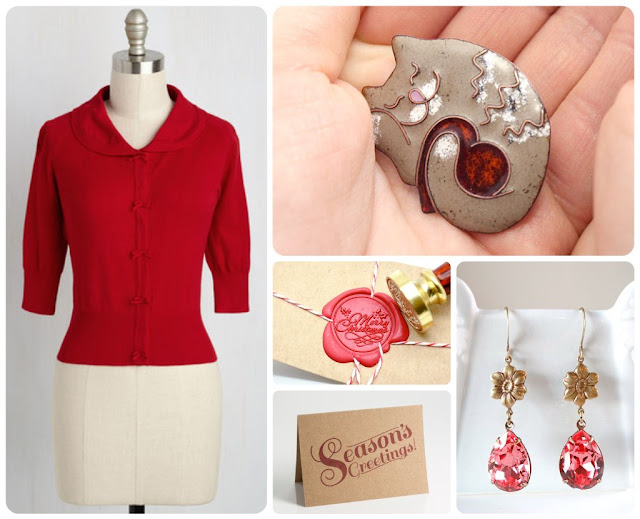 I'm finishing up my holiday shopping and gift wrapping everything. I actually haven't listened to any Christmas songs yet, but I think it's time to whip out my seasonal CDs too. Can't celebrate the holidays long enough, can you?


How is your holiday planning coming along? Almost done or are you a last-minute shopper?

The Miss Peregrine trilogy made me fangirl before even dipping in a toe. I bought the books early on, but that whole Schrödinger's Cat scenario of enjoyment vs disappointment had a real hold on me and so I still haven't read them. 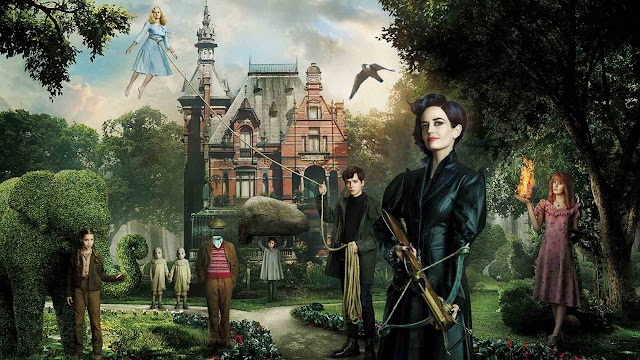 But I will read them soon, as I adored the movie. Tim Burton knows how to create visual masterpieces, and the cast was phenomenal (and included a bunch of my favorite actors). I got the impression there were some flaws in the logic or continuity sometimes, but that can all be forgiven as it was so very magical and highly entertaining.

All the trailers showed way too much of the story, so instead I'm posting this:

I expected it to be more of a children's movie but found it actually bordered on horror at times. Nothing too traumatic, but something to be aware of in case you're easily creeped out or planning on bringing kids to see it on the big screen.

Anyway, I'll buy the dvd either way, but I'm really crossing my fingers that they'll release some sort of fancy special edition… Like a steelcase or something with embossing, ooh, or a slipcase! And a second disc with extras... 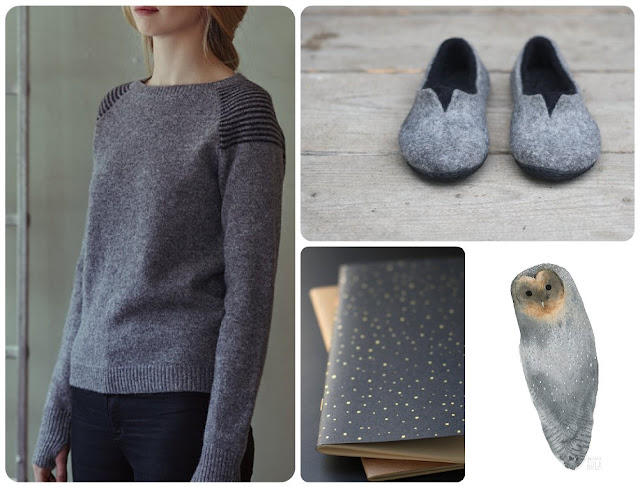 It is cold and -since the clock changed- it's been getting dark very early. It's making me want to knit more! So I hope to cast on a lovely new project soon. I have one in mind already! It'll be nice to add another warm sweater to my wardrobe.


Are you stocking up on some warm new clothes? And have you got anything on your needles?

When Uncommon Goods asked me to collaborate with them I was instantly excited! I already knew a little about their mission statement and products, but still found some pleasant surprises as I learned some more about their company.

They seem to run an honest and inspiring business, and they offer a very large variety of fun items; which makes Uncommon Goods a wonderful place to shop for yourself or for pretty much anyone you could possibly know. You can browse by category, do a keyword search or use their handy pages for gift ideas. Check out this page for lots of birthday gifts. It includes items to brighten up a home or wardrobe, and nifty things for people into science, sports, music or cooking. There's also a huge section for personalized gifts, which you can find here. Or -and this is very helpful as it's often the trickiest!- you could look here to find something nice for the men in your life. Handy, right?!

Since you're following my blog, odds are you're a fellow owl-loving lady with a fondness for jewelry and a knack for crafts. If so, I think you'll love the three items I'm reviewing today as much as I do... So let's get started! 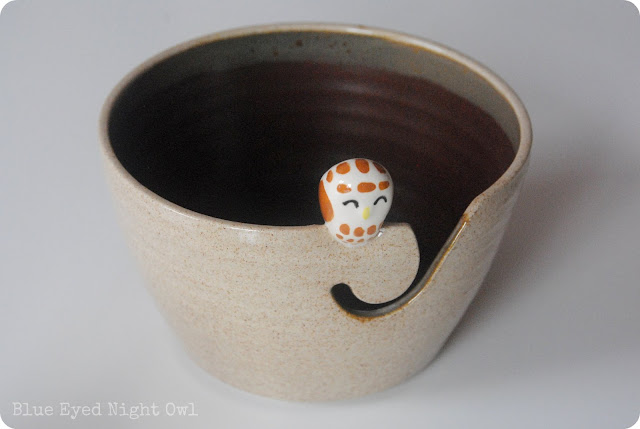 I knit a lot, so it's quite surprising I did not yet own a yarn bowl. They have always intrigued me, so I was very excited to try this owly one. It is beautifully crafted, and nice and heavy so that it doesn't slide as you pull yarn from it.

It was very safely packaged and came with business cards and information on the artist who made and designed it. 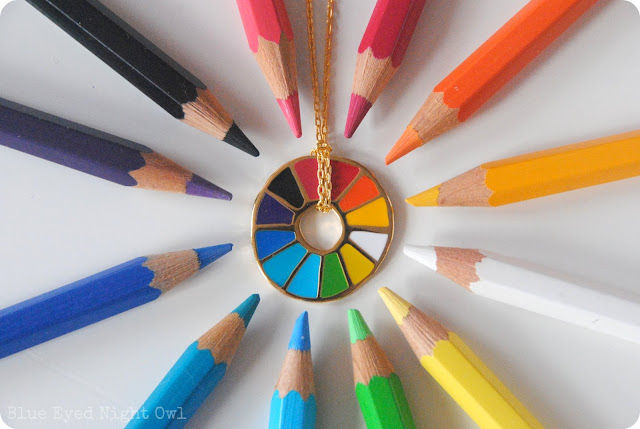 Next up is this fun necklace. It's beautiful, quirky in a mature way, and even gilt/dipped in 18 and 22k gold. I find the color wheel matches basically anything I throw at it, and it makes even the most basic outfit instantly look creative.

I am equally smitten with the clever packaging!  It scores 10 out of 10 for sure! I loved the glass jar and the way the necklace was presented inside. Even the illustrated tag is cute. Yellow Owl Workshop definitely knows their stuff! 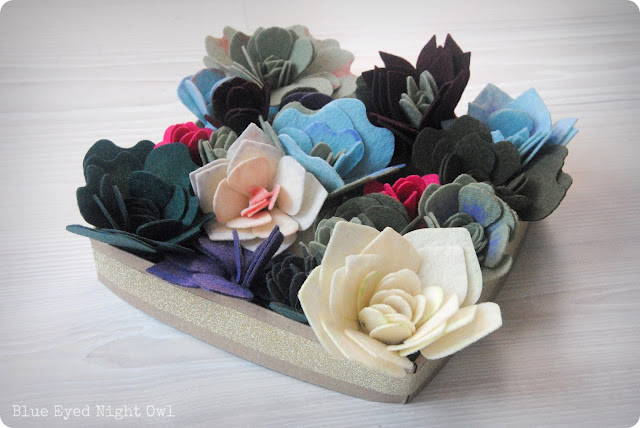 Lastly, this felt succulent garden seemed like a great substitute for the real succulents that didn't survive their stay with me... I don't exactly have a green thumb. I am, however, good with crafts, so I was excited for this DIY kit! 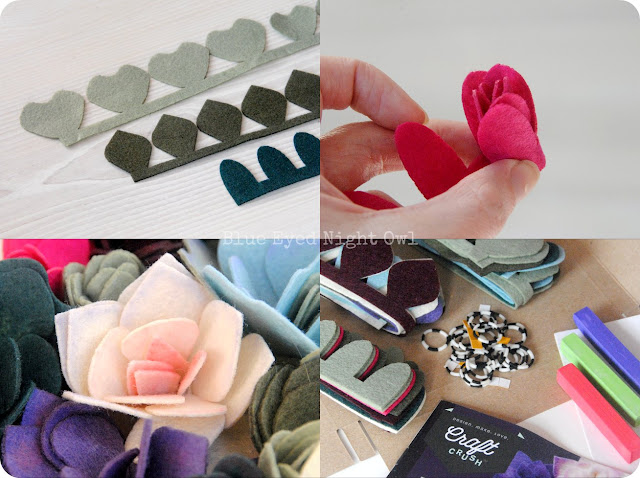 It's a fun concept and the instruction booklet was wonderfully clear. It's mostly a matter of assembling things, but you can still make a bunch of creative decisions with the chalk details and final placement of the succulents.

The one issue I had was that it didn't stick together very well. Double-sided tape just wasn't strong enough to hold the foldable box together (hence the gold washi tape you see in my picture), nor keep the succulents stuck to the bottom securely. But it's nothing a little glue couldn't fix. Despite that minor issue, I actually enjoyed it a lot. The rolling of the succulents, the coloring with the chalk, and finally figuring out what composition looked best. It was fun and I like the result!

A Few Notes on Sustainability:
Now, I'm very passionate about going "green", love to support independent artists, but also really like the service and security of established companies. Uncommon Goods incorporates all three into their business! They value sustainability, in every sense of the word. They work with artists and small manufacturers, use recycled and organic products whenever they can, support non-profit organizations and are all about fair and long-lasting relationships. They even give back to the community by inspiring and helping their customers donate some old things to Goodwill. 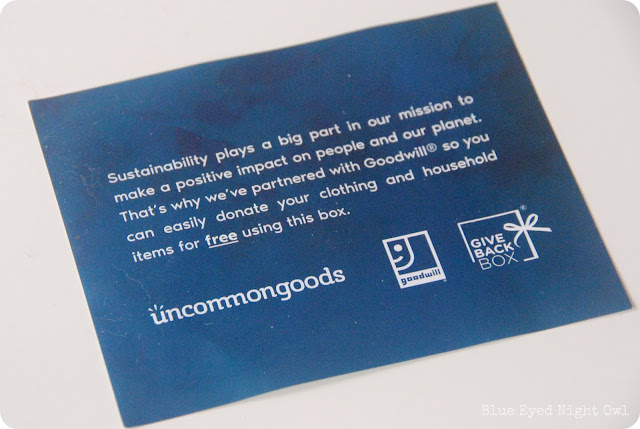 Final Verdict:
I loved collaborating with Uncommon Goods! I found them to be a very transparent and warm company. There is a personal touch to everything they do, and a definite sense of community. They even have a blog where they feature their artists and lots of different kinds of employees in interviews with pictures. It's a business I feel very good about working with. And, as you can see, the products I received were absolutely wonderful too! 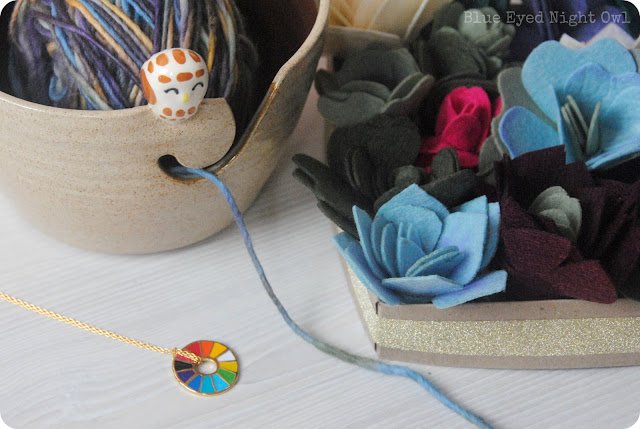 P.S. I received these items for review, but was encouraged to share my own opinions and experience. The end of the year is suddenly getting quite close! And my holiday prepping is already in full swing. I like to start early. It's less stressful and it also lets me look forward to the holidays much longer. Anyway, this month I hope to:

What are your plans? And are you already prepping for Christmas too, or will you start next month?

Email ThisBlogThis!Share to TwitterShare to FacebookShare to Pinterest
Labels: goals 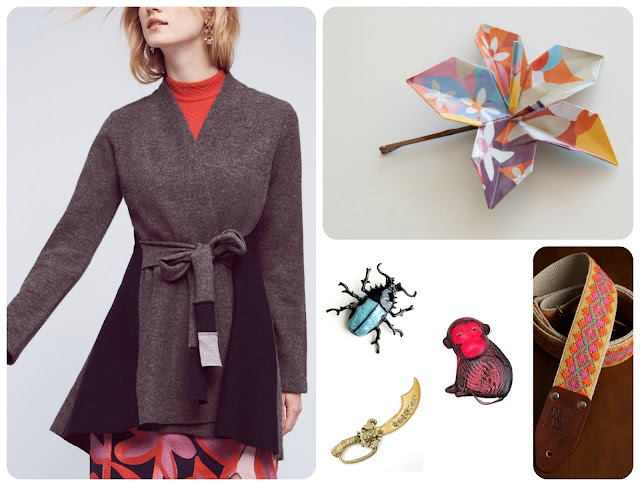 It's been a few weeks since I went to see Kubo and the Two Strings, yet I still think about it. And I keep playing the soundtrack too. So here is a collection inspired by the film. If you've seen it you'll recognize all the elements.


Did you see the movie yet? Where you blown away by it as well?