Queen's Day through My Nikon
As promised here are my pictures from Queen's Day. It was raining at first, so I couldn't take any pictures then, but it stopped eventually. The sun came out later and so did my camera.
This picture basically sums up Queen's Day, this was a genuine antique stand, most people just sell old clothes or toys or movies, although there is definitely some new merchandise too. 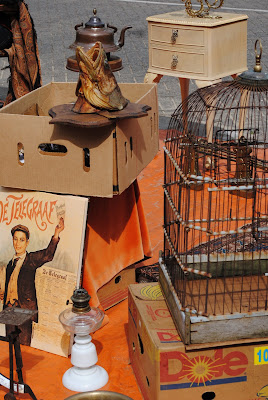 You can also find a few artists selling their work. This man is pretty well known in Amsterdam, he made a mosaic in the center of the city, but he also paints. 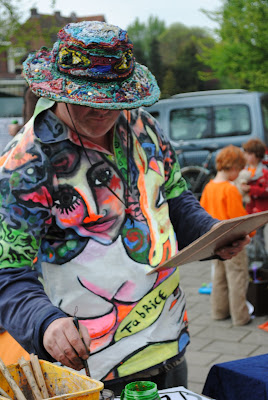 Apart from all the buying and selling, it's a chance for kids to show their musical skills and earn a little (or a lot of) money doing it. It's mostly just really cute though. 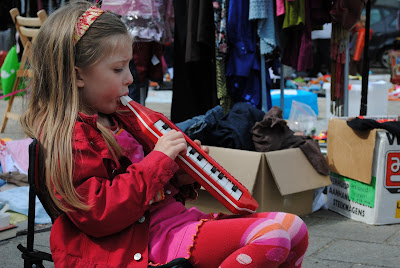 Just when I was about to head home, I met a group of amazing looking people. I asked if I could take a picture and they said it was ok, so I took a few. They were really nice and I love the pink hair and make up. 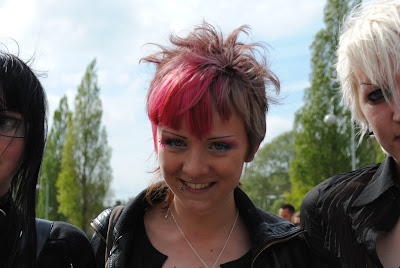 Now onto the things I bought. My favorite item is a porcelain doll's head. It looks like it came out of a Mark Ryden painting and that's exactly what I'm planning to do with it, draw or paint it. Her hair is a bit messy, but I'll leave it like that because I'm afraid to mess with the vibe. 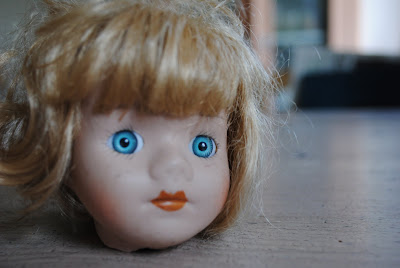 You might know about my love for medieval sad women's portraits. And I happened to found one, tiny, but nevertheless a serene little woman. 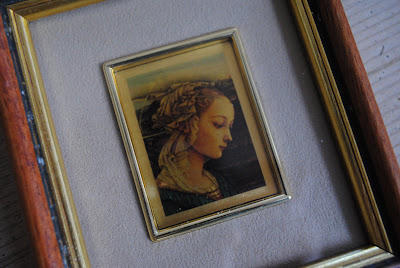 Of course I was on the lookout for owls, it was only at the very last minute that I found some, including these: 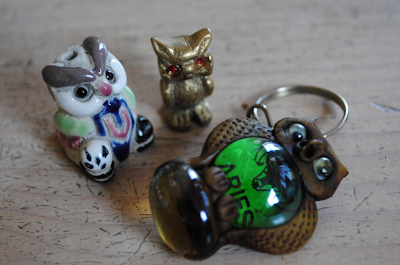 I managed to get my hands on some other great things as well. Including a book about Frida Kahlo that was under a dollar, very cheap tin advertising signs(love those!) and a few items of clothing.
What started out as a wet and depressing day turned out to be nice and sunny and full of surprises.
I hope one day you'll get to visit Amsterdam on Queen's Day, but for now I hope you enjoyed my pictures.
Geplaatst door Blue Eyed Night Owl op 2:14 PM