"Eden" was a pleasure to watch. Such a fresh concept, special story and also beautifully filmed. 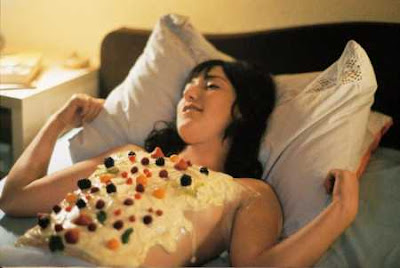 {source}
It might be hard to find, it certainly is on the internet. The only trailer I could find has Dutch subtitles(which isn't a problem for me but it might be for you if you don't speak German and can't read Dutch).
So I'll explain the story too. It's about a waitress(the adorable Charlotte Roche) with a little daughter that has Down Syndrom. She crosses paths with an amazing chef whose delicious food is very addicting and has strange effects on people. The two develop a friendship, which makes Eden's husband quite anxious. This all leads up to a sometimes unfortunate chain of events. Though it is still a cute and quite innocent movie.
If you are into international art house you will probably love this film. Do not let the somewhat strange beginning put you off, it gets way better after that.
Geplaatst door Blue Eyed Night Owl op 4:25 AM