Recently I've been craving fantasy series again. Some new -to me- ones have caught my eye, but I'm also determined to finally get round to all the books in some series I started -and enjoyed!- years ago but never managed to actually finish. 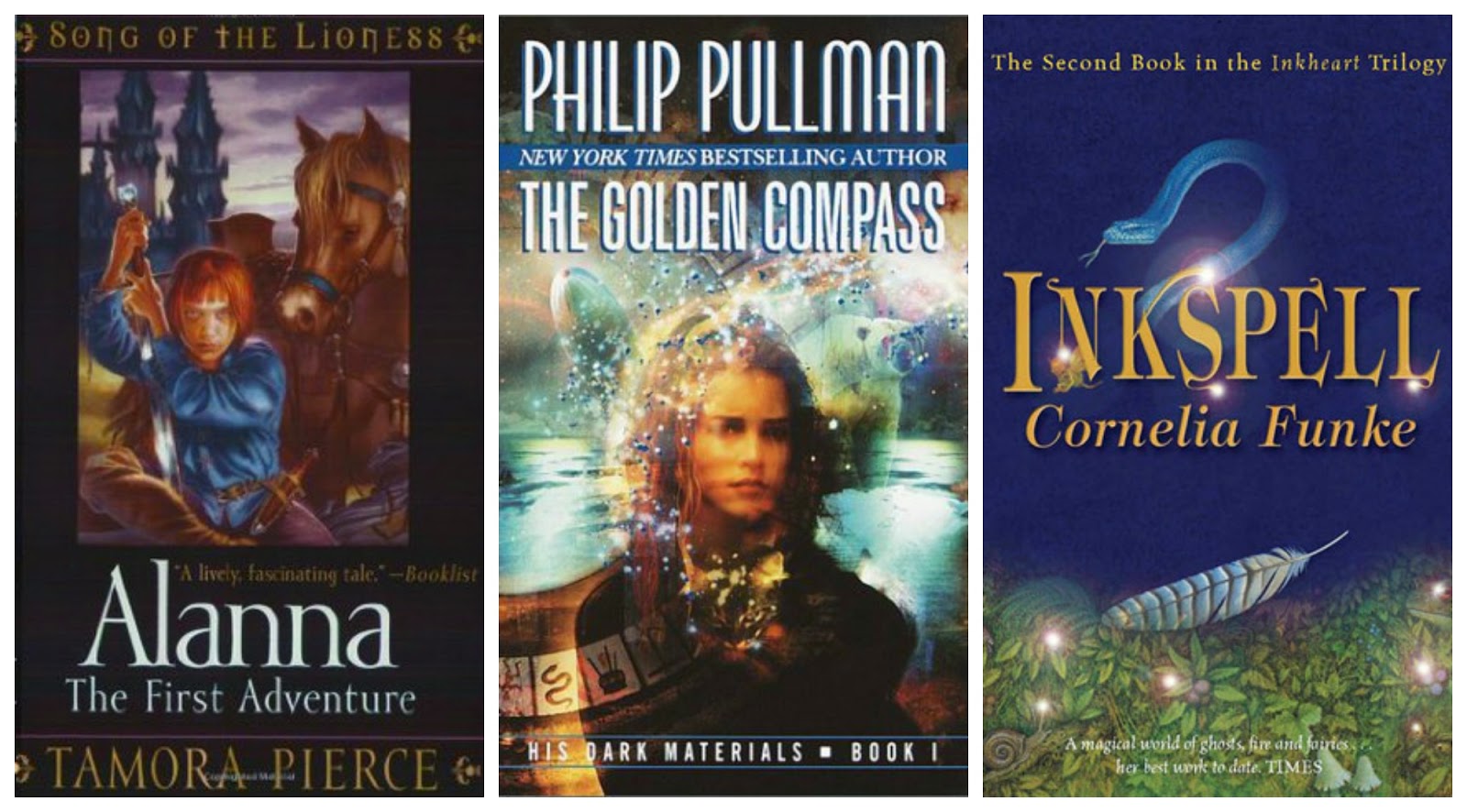 Wanting: Alanna: The First Adventure by Tamora Pierce
I've been hearing so many great things about this series. In short, it's about a kick-ass girl dressing up as a boy so she can train to become a page, while her twin brother takes her place as a girl so he can go to a convent to learn magic. What's not to love? I mean, if that's not a premise that's intriguing from the get-go, I don't know what is.

Reading: The Golden Compass by Philip Pullman
I just finished re-reading this book. It had been almost a decade since I last read it. Last time around I didn't get to the sequel, but this year I plan on finishing the whole trilogy. I do have to admit I did not enjoy this book as much as I did the first time. Partly because it wasn't a surprise anymore, partly because I found the ending very cringeworthy.

goodreads // available here or here as bind-up of the trilogy

Waiting: Inkspell by Cornelia Funke
Another trilogy I've owned for ages, but only ever read the first book of... I remember loving Inkheart (also roughly a decade ago), and I do plan to re-read that one as well before finally moving on to the second book in the trilogy. I actually haven't got a clue as to what might happen in the rest of the series, but I think I'd like to keep it a surprise.
goodreads // available here

Have you read any of these? Or can you recommend any other series?