Nikon Time
There's a lovely giveaway over at Goodnight Little Spoon. Bianca's giving away a one year Flickr Pro account. It's an amazing prize, something I've been wanting for a while actually. You can join in too here.
What you have to do to join is send in a photo of something that makes you happy.
Timing's great because I just went to a concert yesterday that made me really happy. Of course I shot some pictures. 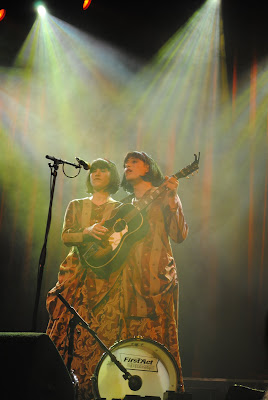 I was supposed to go meet someone at the concert, but she couldn't make it so I ended up going alone. To be honest I didn't really knew Amanda Palmer's music (although I had heard of her), nor did I ever hear of Jason Wembley. But I looked it up, gave it a listen and immediately fell in love with their latest project. 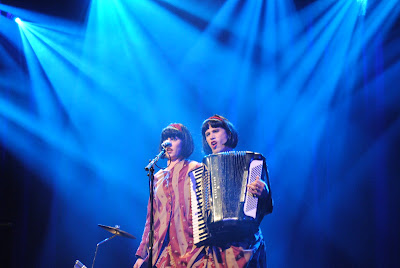 They are currently on a world tour as the conjoined twins Evelyn Evelyn and they're doing one hell of a job. Not only is it a great show, with great humorous as well as a few sensitive songs, but can you imagine one instrument being played by two people? One holding the chords on the guitar while the other strums, that's just really hard. 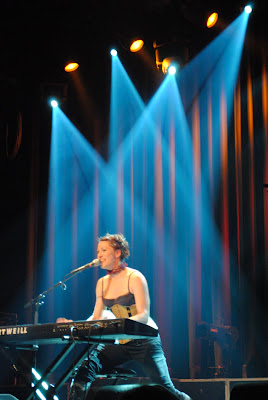 After the combined show they each did a solo show as well. And there was also an opening act, so it got pretty late. 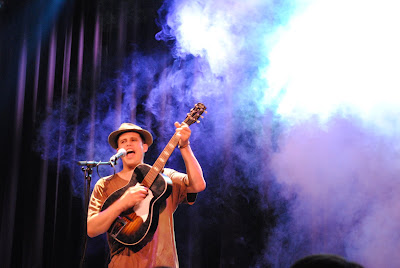 It was one of the best times I ever had and even though I was there on my own, I had some nice small talk with strangers and also got to meet the artists. There was a nice photographer waiting in line so I asked him if he could take a picture of me and the artists with my camera and he did.
Here's a little video so you can see what their shows are like:
The host is Sxip Shirey who also did the opening act. He was really nice and signed and decorated the cd I bought. It was just such a fun night.
And another fun day tomorrow, because it's Queen's Day, but more on that later.
Geplaatst door Blue Eyed Night Owl op 2:10 PM