I don't know about you, but whenever I see an adorable fantasy creature in a movie I just want it as a pet. Of course that is impossible to arrange, but when this pendant by alleluja arrived I really felt like that wish had been granted. 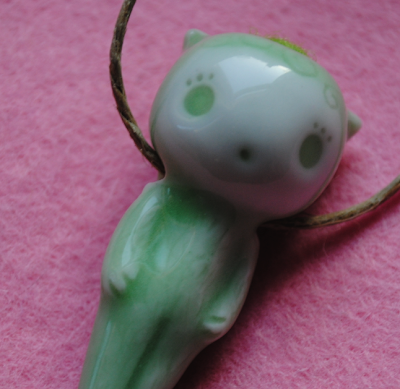 Because it's porcelain I was a little worried about how it'd be handled by the postmen, but when I saw how carefully and well it was wrapped I knew I had nothing to worry about. And doesn't it look beautiful too? 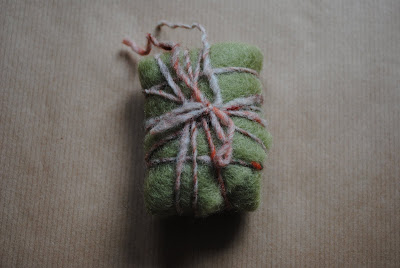 When I held it in my hands I discovered it must be pretty sturdy too, because it is so compact. And it is unbelievably smooth! And it has the cutest little curly details all over the top and back. 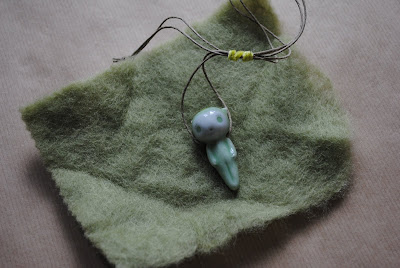 This Creature Pendant, as well as nearly all the other items, can also be used as a pincushion, it even came with a beautiful little pin, which I didn't take a picture off, but they're shown in Sawako's shop. 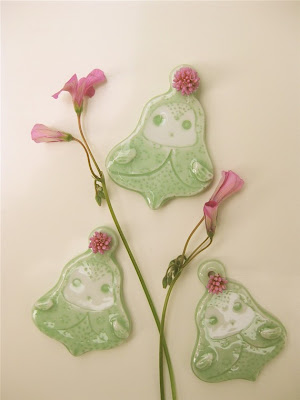 There are still plenty of cute items found on her Etsy, but they can be sold pretty quickly. (As a matter of fact one of these Sparrow Girl Pendant was sold as I type.) So I was lucky to snatch up my own little creature in time. 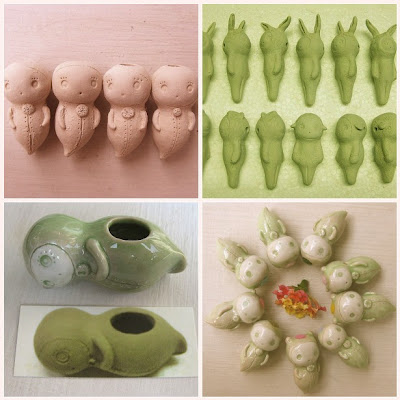 Sawako also has an amazing flickr account where you can see all the little creatures as well as some "in progress"-pictures.

You can definitely tell that a lot of love and care, as well as imagination, has gone into each and every piece. And I have to say alleluja is one of the most original and special shops I have ever come accross. Never in my wildest dreams would I have thought I would come accross a pendant like that and then to find one I could actually afford was just amazing.
Geplaatst door Blue Eyed Night Owl op 10:18 AM