Have you seen these amazing bird shaped alarm clocks? I've known they were available in brown for a while now, but I only just found the other two colours. Aren't they pretty? 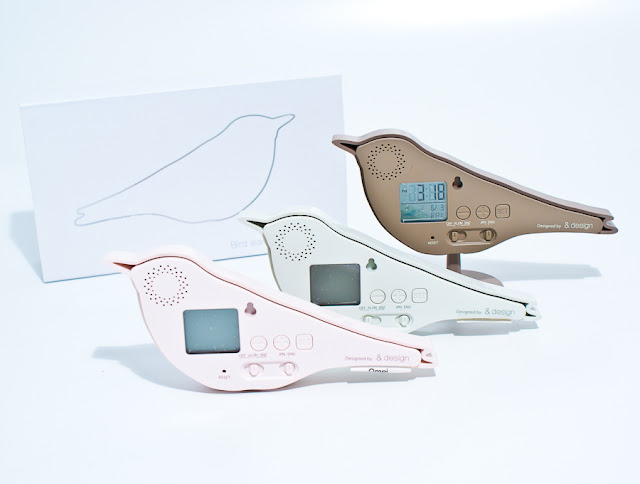 I have to warn you though, because I'se seen some bad reviews on these as well. Some people are absolutely fine with them, but others have problems setting them or or are annoyed by the volume. Just so you know...

They're still on my wishlist though. And if you want to order one for yourself, I suggest Omoi or Amazon.