Lovely Movies: Ricki and the Flash

Of course I know Meryl Streep can do anything, so I had absolute faith that she could play a rock chick, however I had not expected the day would ever come that she would take a part like that. But then came Ricki and the Flash! 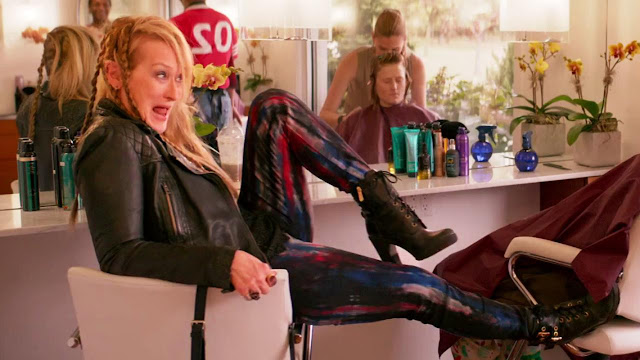 Meryl did such an amazing job! Not just with the rock star persona, but also with the actual music. She genuinely sounds like a rock singer! Also, fun fact: her actual daughter is playing her daughter in the movie as well.


I tend to love movies like this. Movies about people that did not end up where they hoped they'd be, that kind of screwed up, live a little awkwardly, but still manage to find some sort of silver lining, albeit quite ungracefully.

P.S. It somehow made me think of Dan in Real Life. It's definitely a different story, but it somehow had a similar vibe… so if you enjoyed that, be sure to give this one a go. And if you liked this, then go watch Dan in Real Life.