Fairy tale lovers tend to either hate or love it when Hollywoods decides to do an action-packed retelling. I often start out in the latter category, but usually end up disappointed. I was a bit with Red Riding Hood, but also quite enjoyed it. 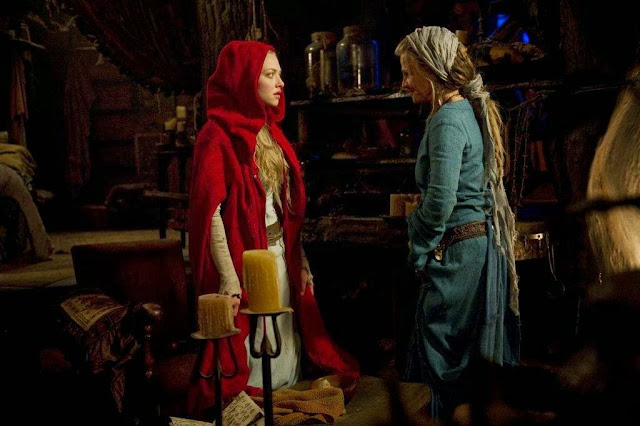 In this version the wolf is a werewolf that hides among the seemingly innocent villagers. And I have to admit that they did a really good job at making you wonder who it is until the reveal at the very end.


Anyway, I thought last scene was a bit weak and didn't care much for the love triangle, but other than that it was a beautifully shot movie with a very unique and intense atmosphere. Also, the costumes were very nice as well!