Recently I rediscovered Alice in Wonderland. I bought myself the book, the Disney dvd and also finally saw the Tim Burton version. Of course it's extremely different from what we were used too, but I still really liked it. 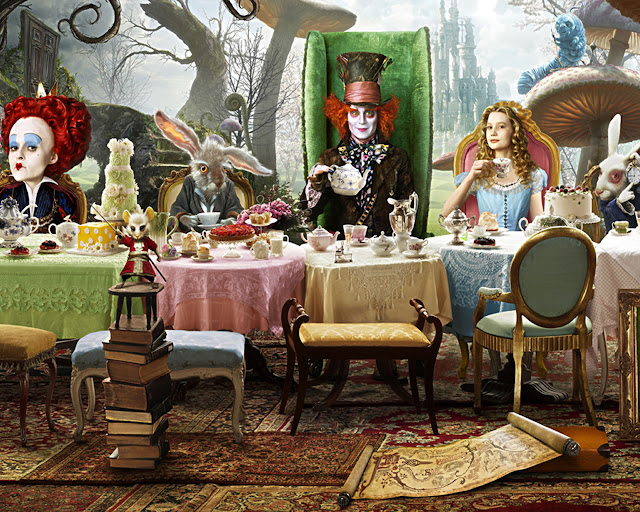 The decision to make it into a kind of "sequel" was a great one. Had it just been a remake I probably wouldn't have liked it as much.


As is the case with most book-to-movie-movies and remakes, there are still a couple of things I dislike. I thought Anne Hathaway was an extremely odd choice for a Tim Burton movie. But I loved the mad hatter. And Absolem too. And the whole thing is just visually stunning.

There was something in the story that bothered, it was a bit vague or perhaps a bit too shallow, but I can't really put my finger on it.

Email ThisBlogThis!Share to TwitterShare to FacebookShare to Pinterest
Labels: alice in wonderland, movies