The Furby is back! It might have seemed like it was a thing of the past, but they're releasing a new -and  refurbished hehe- version next week. 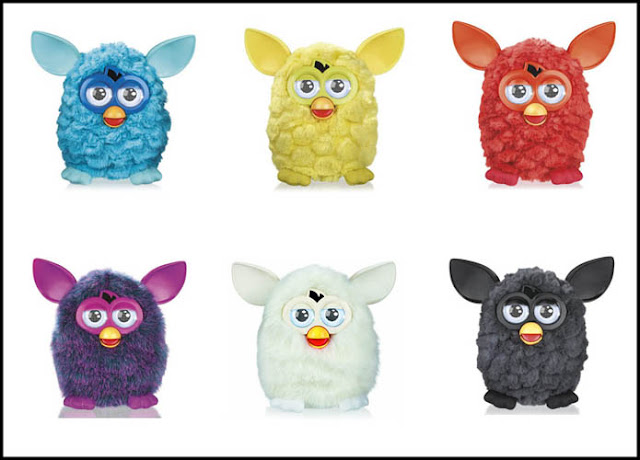 And this batch has so many more cool abilities than the last one. You can actually create its personality! Which is fun when you have one, but even better when you put two together.


When you have a smartphone or tablet you can feed it by sliding food toward it and... it even has a translator from English to Furbish! So if your Furby says something to you, you'll get the English translation and vice versa.

Yes, I should probably have outgrown these sorts of things a while back, but these guys are pretty hard to resist, aren't they?