I heard a song on the radio but didn't know who it was by. Until last week, when I visited someone that had the song playing too and told me it was Ed Sheeran. 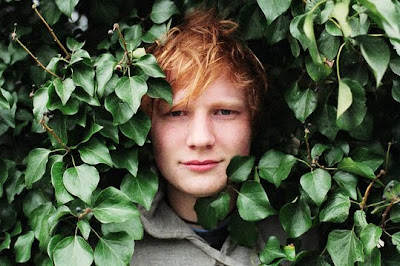 He has some really nice music! And with lots of variety too! He has soft songs like this:
But this up tempo one is very reminiscent of Jason Mraz's songs:
As is his voice by the way. He also reminds me of Justin Nozuka. And I hear someone else to but I can't put my finger on it just yet. If you know, let me know, cause this is driving me nuts!
Either way, he is his own person of course and a pretty awesome one. Ok, just one more song! Because I'm excited and because I love these loop-songs. Enjoy!
Geplaatst door Blue Eyed Night Owl op 2:24 PM