I fell in love with Kubo's story long before I'd seen the movie, or even the trailer for that matter. I was sold the minute the studio released the announcement poster that let the world know they were in the process of making the movie. 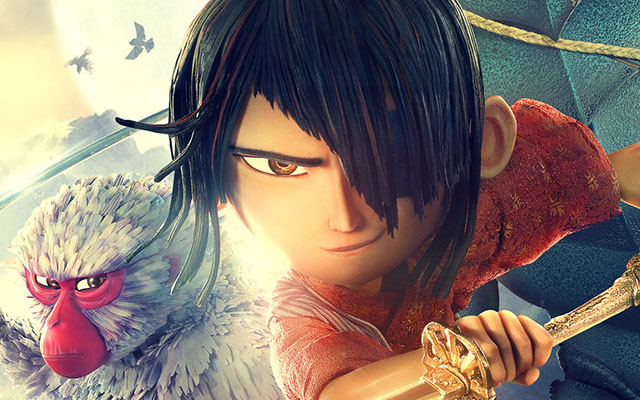 As a rule of thumb, that sort of expectation is bound to let a person down. Yet it didn't. It was perfect from the get-go. I marveled at the gorgeous details, soaked up the music and was completely whisked away to a magical world. A world where origami folds itself into characters and stories whenever a young man plays his instrument! I mean, wow!

I did, however, find the voices of the famous actors distracting. Charlize Theron as a monkey just isn't a seamless fit. And I kept wondering whether the male voice was George Clooney. It wasn't. It's actually Matthew McConaughey.
Both did a fine job, but I thought it took away from the otherworldliness of the film a bit. By the end of the movie I had grown accustomed, and I look forward to watching it again (and again and again) without being thrown off by it.


Other than that it was absolutely perfect. Even the credits were. And I loved that you got a peek behind the scenes of the stop-motion process at the end of the movie! I always love behind the scenes stuff, but especially for stop-motion. I am very well aware of the insane amount of hard work that goes into films like this, yet I'd love nothing more than to be part of something like that. Even if it means making a hundred slightly different monkey faces with a pair of tweezers. Anyway, I'm already looking forward to buying the dvd and watching the extras!

I know I already mentioned the soundtrack, but I need to mention it again. It's amazing! And the final song -While My Guitar Gentle Weeps as covered by Regina Spektor, with use of traditional Japanese instruments- is spectular!