Cast Off: Surrounded by Owls

I was bound to make an owl sweater at some point, wasn't I? This Kate Davies pattern is just so beautiful, as was the yarn I used. It took a while to make, and a whole lot of buttons, but it was so very worth the time, money and effort! 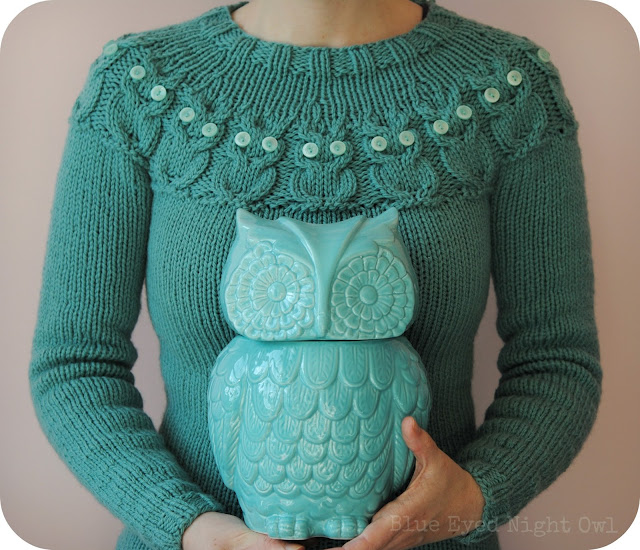 Of course it's completely the wrong season to be wearing it, but I'm still glad I finished it now. And who knows… some cold summer night I might still get some use out of it. And otherwise I'll just be ready when Autumn comes. 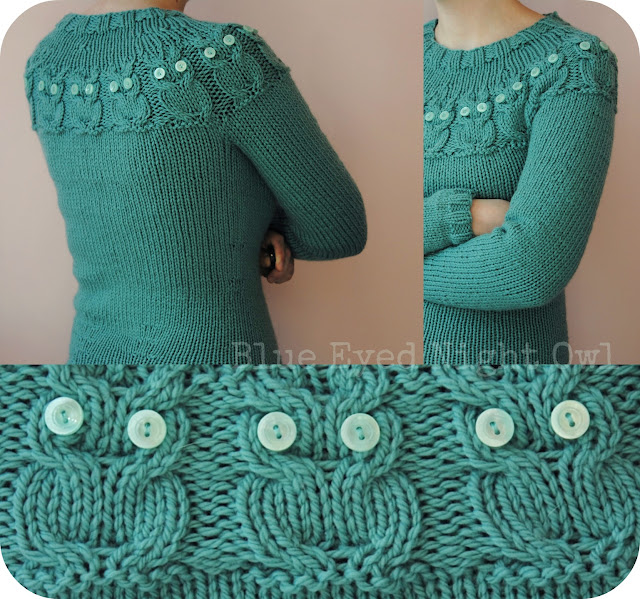 There's actually another owl sweater -with a lace pattern instead of cables- that I'll also be making, but before I cast that one on I have some other projects to do. Including designing my own little owl item, but more on that later...