Sure, I love playing games with others... It's just that more often than not there's no one around when I feel like playing a game. Thankfully there's ThinkFun to solve that problem. They make 1-player games, and cute ones too! 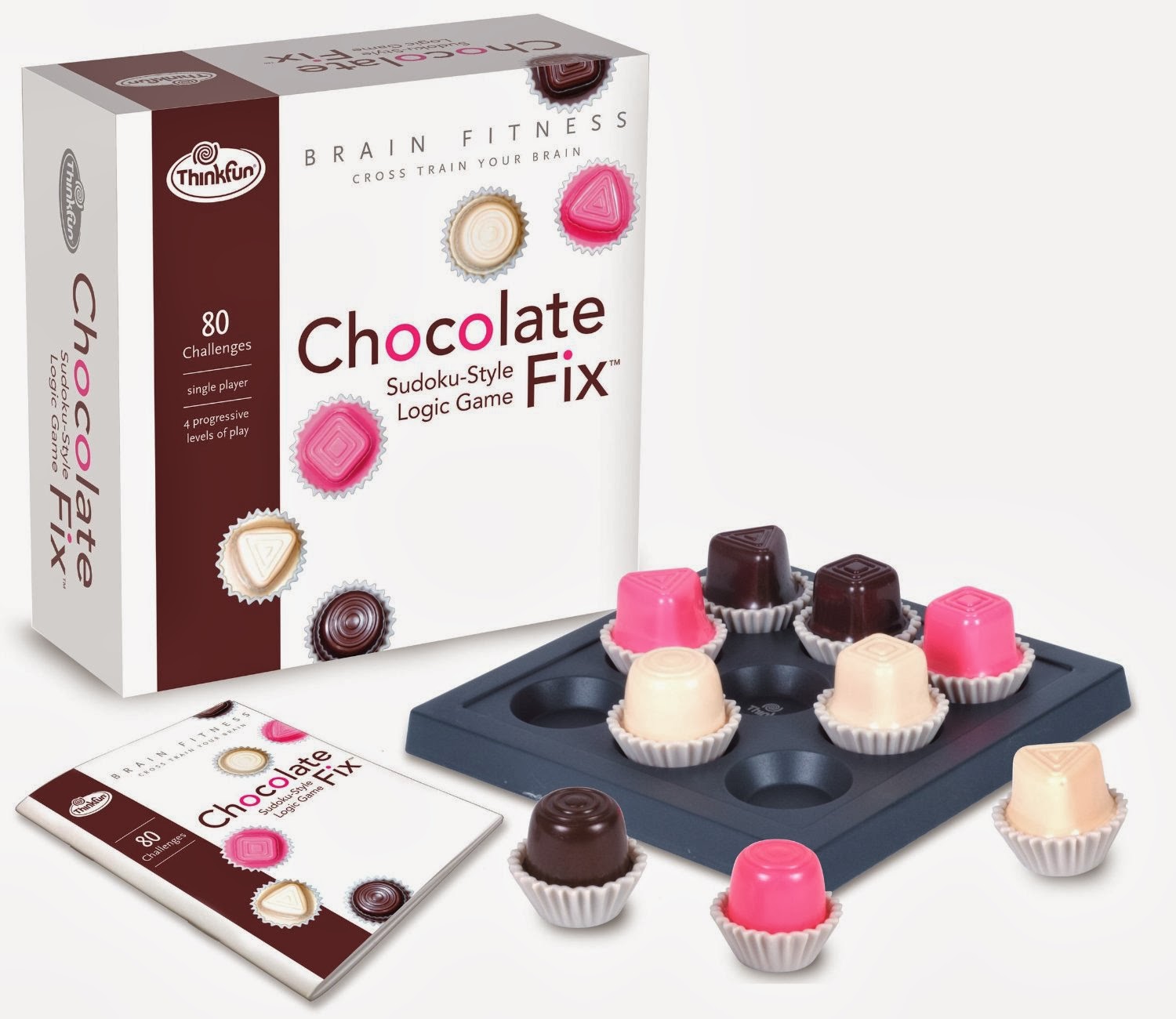 Anyway, I have Rush Hour and a few others. But because it's hard to get around here, their prettiest game is still on my wish list. It's called Chocolate Fix and it looks like a box of chocolates! It seems to be a really fun game too!

It's also nice and affordable. Yes, there is a similar one on Amazon that's cheaper still, but it has less challenges, so for less than a dollar more, this one -which will have you play for twice as long- seems to be the better option.