Another book post? So soon? Yes! Why...? Well, I went to the library quite some weeks ago and need to bring all my books back within the next couple of days, so I'm now quickly making my way through the last one of the batch! 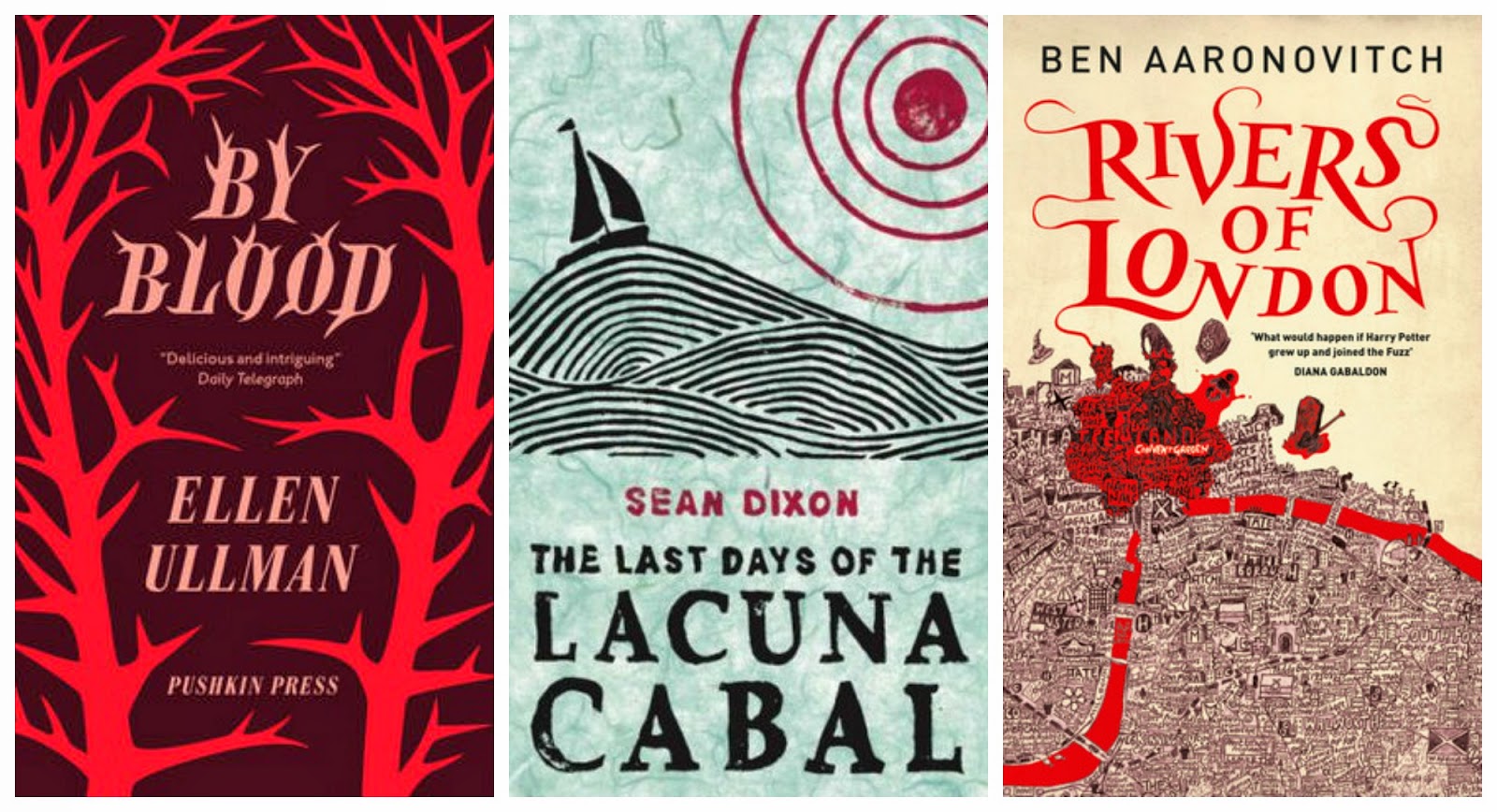 Wanting: By Blood by Ellen Ullman
This is supposedly a very heavy read. It follows a young man that is eavesdropping on a patient of the psychiatrist that is his neighbor. He finds himself unable to let her story go and decides to take matters into his own hand and tracks down the birth mother of the patient. He anonymously provides her with the info and so the story unfolds...

Reading: The Last Days of the Lacuna Cabal by Sean Dixon
This is a seriously wacky book. I'm not even going to recommend it to anyone, because I imagine most people would be quite overwhelmed by the sheer chaos within these pages. I'm over two thirds in and still don't know if I'll be satisfied by the end of it, or perhaps slightly pissed off by it wasting my time. It's entertaining enough now though.

Waiting: Rivers of London by Ben Aaronovitch
An urban fantasy novel about what would happen if London was invested with vampires, gods and apparently also a wizard in the police force. I've heard many good things and picked this up in a sale quite a while ago. It might me about time I pick up this novel described as "What would happen if Harry Potter grew up and joined the fuzz".

Have you read any of these? Or is there anything you think I should get from the library this week?