Lovely Movies: Jimi: All is by My Side

Biopics are always hard. Apart for Jamie Foxx as Ray Charles, most actors can't seem to really capture the person they have to portray. Now I can't say Andre Benjamin looks exactly like Jimi Hendrix, but he did do a good job. 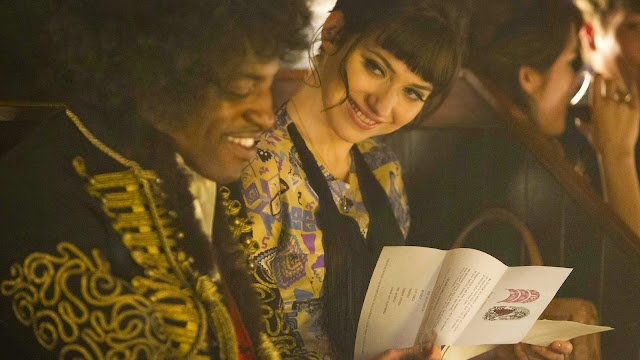 One of the things that most impressed me was his voice, but he also had some mannerisms down and captured his essence quite well. Anyway, this film isn't perfect, but it did give a great taste of the whole 60s music atmosphere.


The director also put in some original childhood pictures and he sometimes did weird things with the sound of the movie, like mute it or put in other sounds. It made for a very interesting movie. So it's definitely worth the watch!