This actually isn't a lovely movie at all, but it's just so damn good that I can't help but love it. If you haven't seen it I don't feel bad about spoiling the ending for you by saying it's incredibly depressing. But you should watch it anyway! 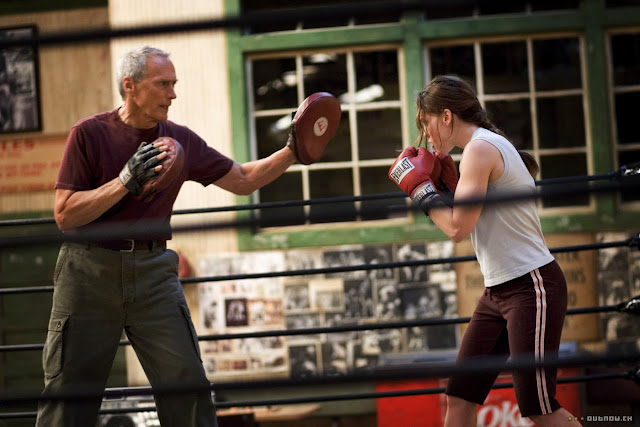 I know sometimes actors take a crack at directing and it doesn't work out that well, but other times they completely blow your mind. And that's what Clint Eastwood did. Of course picking Morgan Freeman as a sidekick and a narrator helps. And giving Hilary Swank the lead didn't hurt either. She really deserved the Oscar she got for this part!


Also, on a final little sidenote, the boxer that plays Blue Bear is an actual professional Dutch boxer. I've seen her in interviews and she's a Buddhist and actually really friendly, but she's absolutely terrifying in this film.